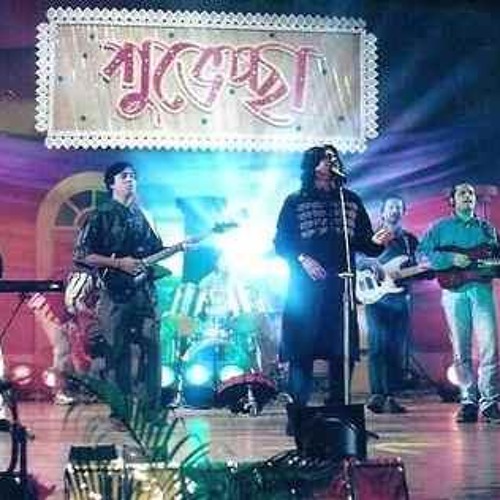 Track Info:
This is the actual musical genre that the band was trying to create and move towards in its future musical direction. Bangladesh, including West Bengal, India is the place for rich folk tradition along with their classical backgrounds. Bangladesh, in particular, is widely known for its deep rooted folk tradition in its culture. And it is the birth place of some Internationally renowned great sufi/folk ‘Bauls’ and songwriters. The most noted among them are Fakir Lalon Shah and Devan Hason Raja.

Hason Raja was born and comes from my own home town in Bangladesh, Sylhet. And this century old song is one of his very popular ones amongst many of his incredibly deep sufi songs. [http://en.wikipedia.org/wiki/Hason_Raja ]. This song was the band’s first attempt to create distinct funk/folk/rock fusion sound and take the folk tradition of the country to a different level for the new generation. I personally believe that we had succeeded in doing so in a very short period of time, and inspired a complete new generation of musicians to take it further with the inclusion of electronic sounds, different samples and drum & bass grooves.